We know a lot about the geologic history of Sweden — and the broader context of Scandinavia — but little about the early Swedish people. Sweden didn’t become an independent nation until modern times.

Only a few ancient historic accounts have been found, carved on stones in the runic alphabet that predated the Latin alphabet introduced during the period of Christianization.

Artifacts excavated from old graves and dwelling sites tell us of remarkable sophistication of those early Scandinavian and Germanic people in their artwork, weaponry and ship building.

Complete boats have been excavated from the seabed, or from landsites where they served as tombs for some illustrious Viking.

They tell a story of how tough and brave those Vikings must have been to row and sail across the storm-tossed North Atlantic to Iceland, Greenland and Newfoundland — sometimes not knowing where they were until they released a raven that would instinctively fly toward the nearest land.

Scientists say it all started millions of years ago with the Ice Age, when heavy snow piled up and compacted into ice. Then the ice melted near the bottom — where it was warmest — and the ice glacier above started moving toward the sea, carving out spectacular fjords.

Along the way, glaciers broke off large chunks of mountainside and carried them toward the sea — and dropped them when the ice melted at the end of the Ice Age some 12,000 years ago.

The earliest Scandinavian people settled mostly on flatlands along the seacoast about 8000 to 6000 B.C., coming from other parts of Europe.

They were not Vikings. They were hunter-gatherers and fishermen, using simple stone tools to make hunting weapons and other necessities.

The Vikings started around 800 A.D. and became skilled warriors and mariners — building open longboats with high bows, powered by sail and oarsmen.

They were both warriors and traders — plundering some and trading with others, from Ireland and Britain to deep into Asia.

They sailed the main European rivers inland as far as the Caspian Sea, more to trade than to plunder.

During the Bronze Age (3300 B.C.-1200 B.C.) a high level of culture developed in the Nordic region — especially in Denmark and Sweden — evidenced by the many high-skill artifacts found in graves.

After 500 B.C., the Iron Age ushered in a period of Sweden growing into an agrarian economy and society.

Among those early inhabitants were the Sami, an indigenous minority ancestor of the Swedish people who became skilled reindeer herdsmen. They would later be part of Swedish immigration to America. They still live in Sweden — and other countries.

Just when the Iron Age ended depends on which nations were involved. The Germanic Iron Age that includes Sweden ended in 1066 when a Viking raid in Britain was defeated by English King Harold.

Right after that battle, King Harold faced an invasion of a French army led by William, the Duke of Normandy. Harold was killed by an arrow in the eye at the Battle of Hastings and William became William I, King of England — William the Conqueror.

Interestingly, he was a direct descendant of Rollo, the Viking who invaded Normandy in 911, stayed there and became French.

The Battle of Hastings (the last time Britain was conquered) ended the Viking Age that had lasted some 200 years.

There were at least two other causes helping end the age of marauding Norsemen:

The changing attitudes of those times due to the rise of Christianity, and the changing Vikings who began abandoning their plundering ways, and settled down to become part of the population of their former victims — from Ireland to Asia.

Throughout the 1400s, Sweden, Norway and Denmark were united under Danish Queen Margareta, but in 1523, Sweden became an independent kingdom under King Gustav Vasa.

From roughly the middle of the 1600s until early 1700s, Sweden was a European super-power controlling much of the Baltic Region. That ended when Denmark, Russia and Poland joined to defeat Sweden in the Great Northern War.

Since Columbus discovered America, European powers were anxious to stake a claim to territories in the New World. The Spanish and Portuguese were first, followed by the English and French.

In 1614, the Dutch started the New Amsterdam colony in New York on Lower Manhattan Island and then elsewhere in New York, New Jersey, Pennsylvania, Maryland, Connecticut and Delaware.

In 1637, a group of Swedish, German and Dutch investors, formed the New Sweden Company and sent two ships to North America. They sailed into Delaware Bay and founded the town of Fort Christina, now the city of Wilmington.

Over the next two decades, they built farms and villages of “New Sweden” along both banks of the Delaware River in today’s New Jersey, Delaware and Pennsylvania.

At first, the settlements looked promising — but they didn’t last.

By 1657, New Sweden was swallowed up by the bigger Dutch colony. And they in turn were later taken over by the British.

In the mid-1800s, a wave of Swedish immigrants came to America — the first Swedes since colonial times. They left Sweden because of economic, political and social problems, and were also hoping for better opportunities to prosper in America.

Most of them came in large groups and established a migration pattern that one report described as “a migration tradition between certain sending areas in Sweden and particular receiving locales in the United States.

“Examples of colonies founded by these groups include settlements in western Illinois, Iowa, central Texas, southern Minnesota and western Wisconsin.”

When the Civil War broke out, some 4,000 Swedish immigrants joined the fight on the Union side.

After the war, crop failures in Sweden motivated about 100,000 more Swedes to come to America, and Swedish settlements spread further west to Kansas, Nebraska and elsewhere.

By 1870, almost 75% of the Swedes lived in Illinois, Minnesota, Kansas, Wisconsin and Nebraska.

“The mass exodus of some 1.3 million Swedes to the United States, often young and healthy men and women, during the nineteenth and early twentieth centuries was due to the economic and social circumstances in Sweden,” says the Swenson Swedish Research Center.

“A strong population growth in Sweden increased the pressure on a society that was fundamentally agricultural in nature, and moving to North America provided the Swedish emigrants with economic opportunity not available in the homeland.

“Religious and political reasons played a much smaller role,” the Swenson report said.

Descendants from the ancient Sami were among those Swedish immigrants who came to America.

They were invited by the U.S. government to teach Alaskan natives reindeer husbandry to replace traditional marine mammal hunting sources that were being threatened.

Immigration records usually list the Sami as Swedish or Norwegian, so it’s unclear how many Sami came to America. Estimates say there are about 30,000 Swedish-Americans today of Sami ancestry — though few know it.

When the early Swedes first arrived in Minnesota — now home to a large population of Swedish-Americans — some lived in a small poor district surrounded by St. Paul called “Swede Hollow” — a wooded patch of shabby dwellings with Phalen Creek running through it and emptying into the Mississippi.

Swedes called the hollow “Svenska Dalen,” that in the early days even had some deer, squirrels, rabbit, partridge, duck, geese and fish.

There was no water or sewer system, and outhouses were built right over the creek.

The Swedes soon prospered and moved on and were replaced in turn by Italians and Mexicans.

Today, Swede Hollow is a park. No one lives there and everything else is gone.

In 1956, the area was called unhealthy, and the remaining residents were evicted before the last 13 houses were burned to the ground by the fire department — and a piece of Swedish history in America was no more.

Today, there are nearly 10.5 million of Swedish ancestry in the U.S.

Those early Swedish immigrants brought character, skills, talent, the Lutheran Church, arts, music, cuisine and tradition with them, and added it to the “Melting Pot” that is America.

They prospered — and helped build a new nation.

The Swedish legacy in America is a mountain of hard work and a long list of Swedish-American high-achievers from all walks of life.

For them and many others not in the limelight, the melting pot worked — and their American Dream came true.

Expressions of Swedishness today often focus on family history, foods and holiday celebrations, but also on an interest in traveling to Sweden and sometimes on learning about modern Sweden and the Swedish language.

The Swedish almost never serve pancakes for breakfast — like Americans do. They’re either served as dessert with sweet jam or whipped cream, or as a meal in itself — using fewer sweet toppings. Pancakes for dinner however can be thick oven-baked pancakes stuffed with pork, meat or apples.

Eric the Red and Leif…

By 1910, Minnesota was the most Swedish of all states, with more than 12 percent of the population of Swedish stock. They came to the state mainly because of opportunities for farmland and employment — as well as political and religious freedom that were not available to them in their homeland. Minnesota is still the most Swedish state. 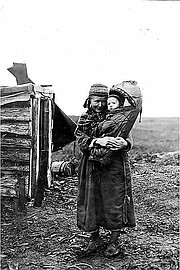